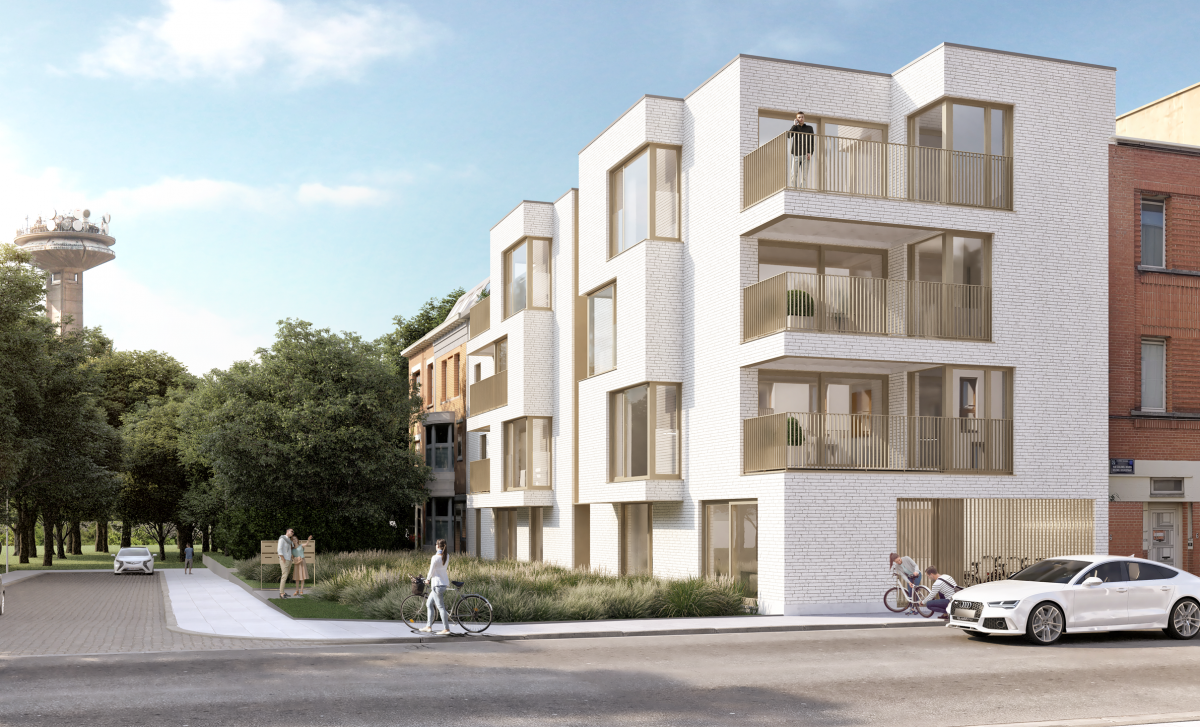 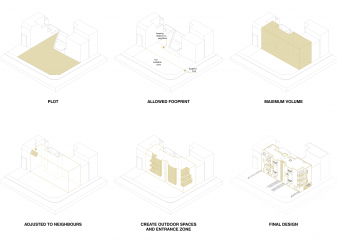 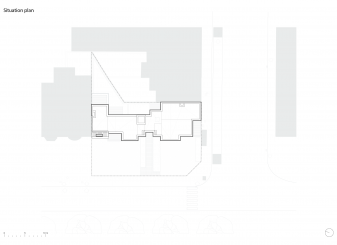 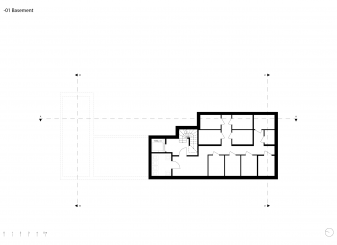 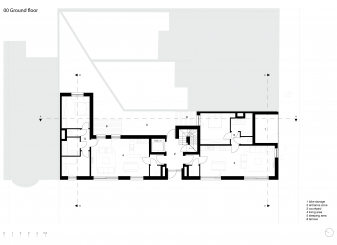 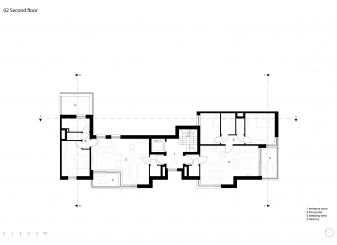 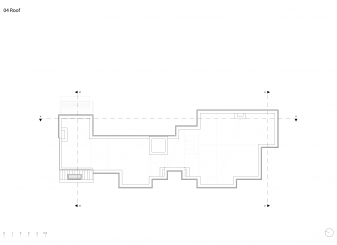 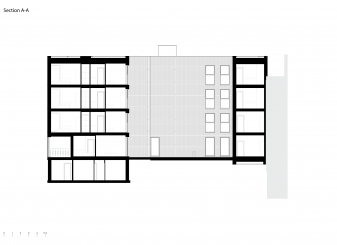 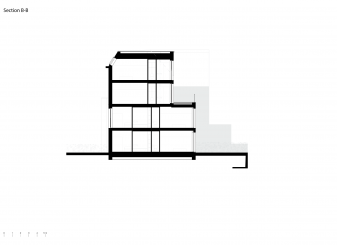 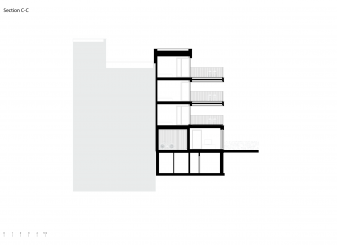 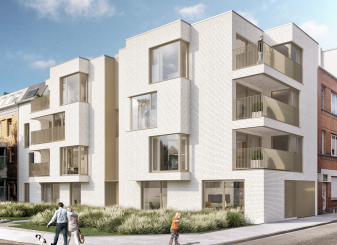 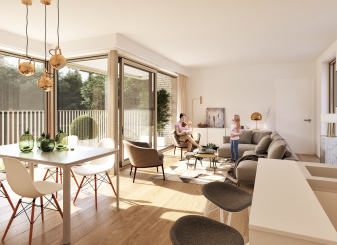 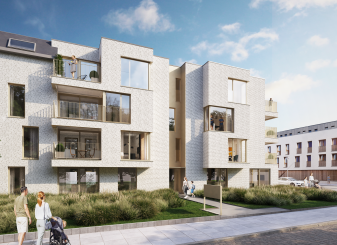 For a strategic location next to the VRT site, U/Define was asked to develop a multi-family residency. In addition to a purely economically advantageous puzzle, typical of architecture for promoters, the client asked for a sophisticated plan structure, abundant daylight and a sophisticated use of materials with a corresponding color palette.

Rather than being limited to a simple mono-volume, U/Define chose to divide the facade vertically into segments. Each part of the facade could stand on its own. In the articulation, a balance was sought between vertical and horizontal by accurately shaping the proportions of the dimensions of the facade openings and the projecting facade parts. In this division and proportions lies the scaling from a large maximum built-up urban envelope to a tangible and attractive building on a human scale.

The long white facing bricks and the gold-colored frames for the windows keep the rhythm in the facade light and manageable.