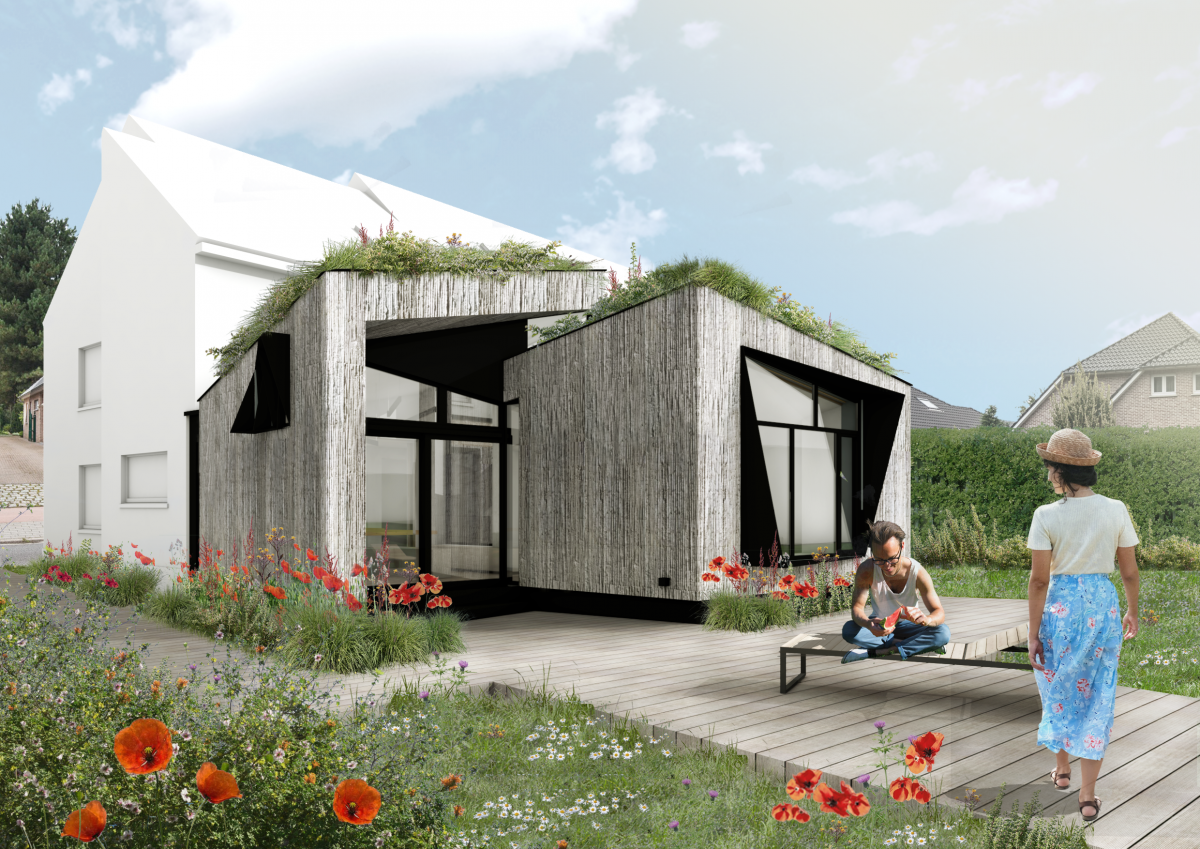 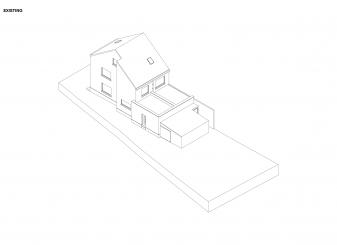 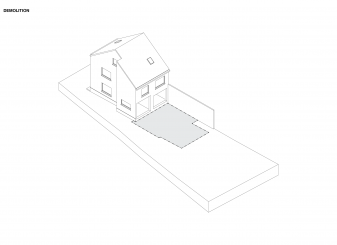 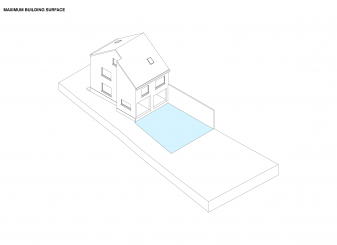 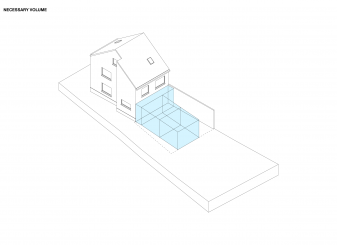 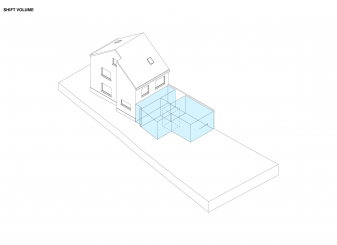 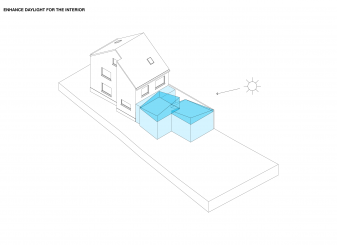 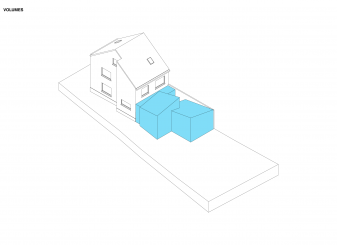 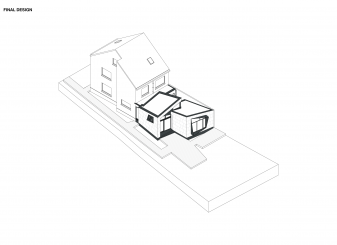 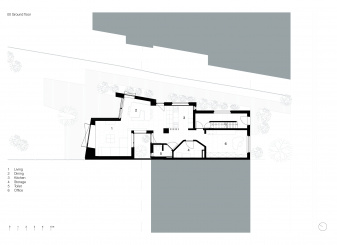 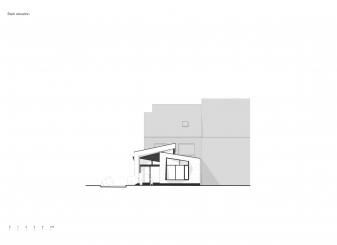 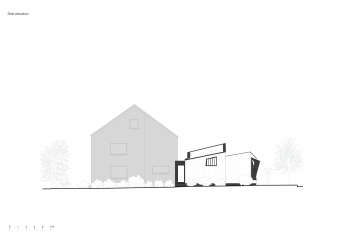 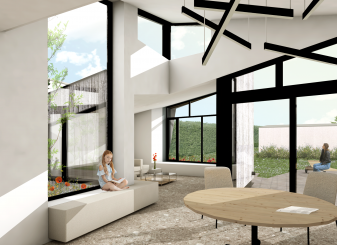 This house from 1965 is a typical example of the accumulation of Flemish backhouses. The assignment: a new extension with abundant daylight, direct views on the backyard, privacy with regard to the neighbours, versatile spaces and an atypical architecture, referring and criticizing the Flemish backhouse typology.

The staggering linked shed roofs act as light catchers and guide the view to the chosen focus points. Carefully positioned windows frame the garden and the open air. The height and shape of the final volume are modeled and incised to bypass the less favorable orientation (back facade = north). Direct sunlight is blocked or directed to where it is considered valuable.

Such architectural tectonics require a light and easy material to work with – wood in the application of timber frame construction. The roofs are to be overgrown with long grasses to prevent overheating and to retain rainwater.