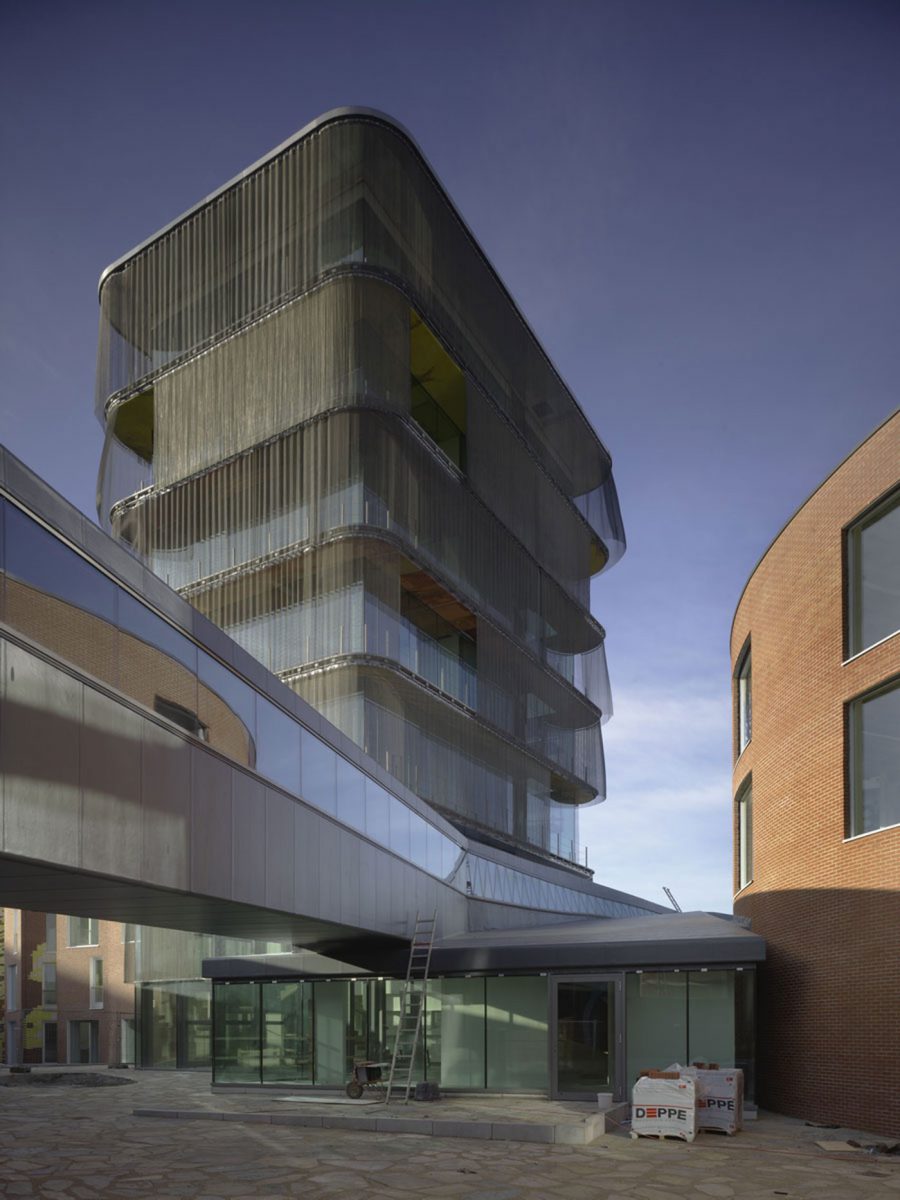 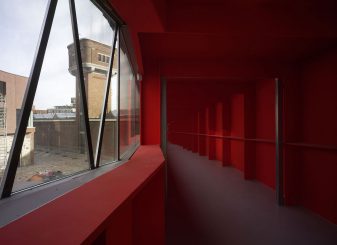 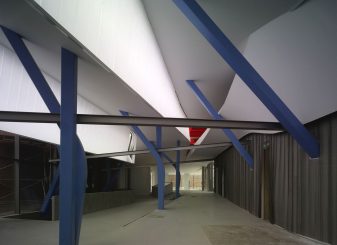 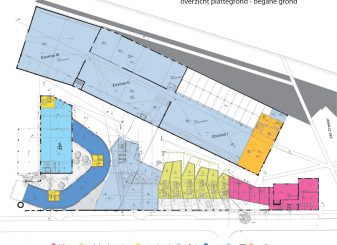 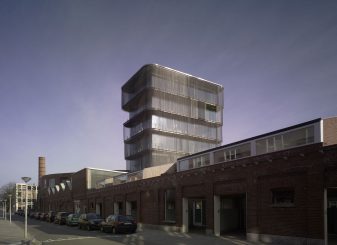 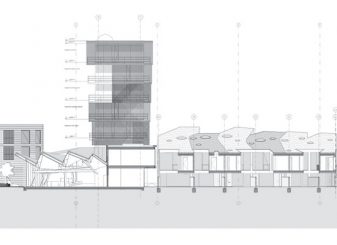 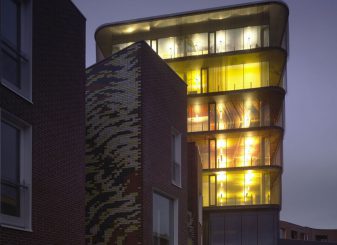 The fireworks explosion of May 13th 2000 resulted in an almost complete removal of the city’s textile history.

These circumstances led to the decision to construct a new museum, a research centre and several other cultural institutions in the heart of the neighbourhood to be rebuilt.

It was additionally decided to retain and restore some of the historical buildings which still partly remained on the site. The new development is realized in-between these existing structures.

Enschede’s rich textile history is expressed in the ‘woven’ form of the tower. The saw-tooth roof form is generated by the still visible profile of the existing factory wall, and transforms into a pedestrian bridge connecting the tower to the warehouse on the opposite side of the ‘culture street’.

All functions, including the residential accommodation, can now be accessed from the street. The terrace of ground-connected housing is compressed, following the existing outher walls. The apartments above the exhibition space are overseeing the park on the north side which was once part of the built urban fabric in Enschede.