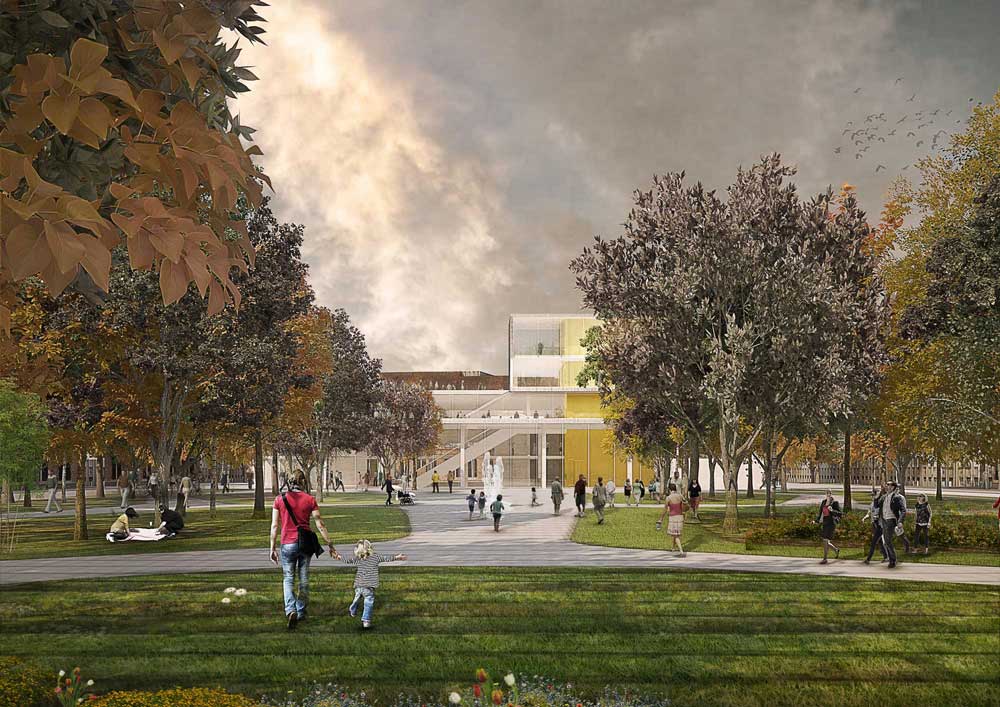 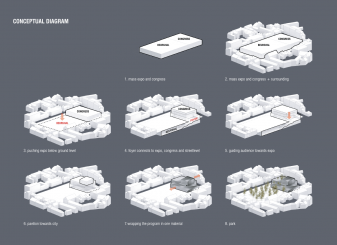 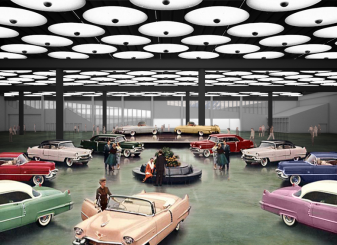 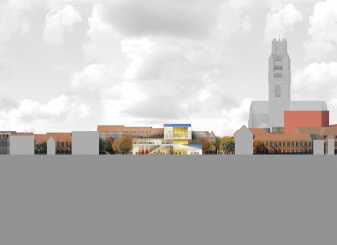 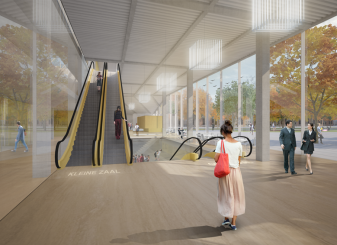 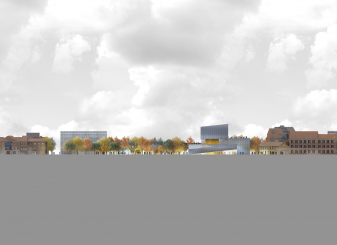 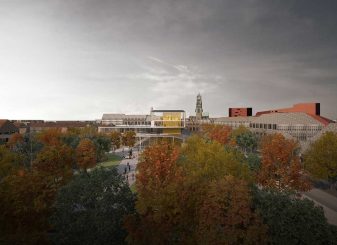 Historical analysis of the location showed that the site within the urban fabric had a negative connotation for a very long time. OMA+U/Define took a rather unusual approach for this competition : they started by looking into what the neighbourhood needed and how the new building could interact on this. To upgrade public space to make socially conscious architecture.

The solution was as simple as it was radical : the exhibition hall and the logistic components of the program could be placed underground. Using the roof of these spaces could create a new city square and park; the BeursPARK.

A large open foyer at ground level of the BeursPARK functions as entrance. The flexible smaller conference facilities and their break-out rooms  were stacked on top of the large sunken conference room. The pavilion like building houses the restaurant in its top and displays views towards the BeursPARK and the three historic towers that shape the skyline of the city of Bruges.

A new city park for a part of Bruges that was no longer connected with the historical heart of the city, and thus becomes a new public anchor in the urban fabric of Bruges.