In 2004 Wesley Lanckriet received his master in architecture from the Higher Institute for Science and Art SInt-Lucas in Ghent. Having more than ten years’ experience working for architectural agencies of international renown in Belgium and the Netherlands he set up User Defined architecture.

Experience working on diverse Interventions, national and international, within the field of architecture and urbanism on different scales, in combination with his knowledge in building is an added value within the studio.

In combination with the studio Wesley Lanckriet is also appointed as researcher at the Vrije Universiteit Brussel, VUB. Involved in academic research, the theoretical is tested and analyzed through our Spatial Interventions within the studio. 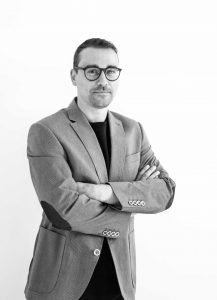 Having Studied together with Wesley Lanckriet, Robby Vandenhouwe also receiving in 2004 his master in architecture from the Higher Institute for Science and Art SInt-Lucas in Ghent. After his studies he started his own practice which he had for 7 years.

In 2011 Robby Vandenhouwe was active as a project developer for one of the largest construction-developer in Belgium.

After working for 5 years as a developer he joined User Defined architecture. His knowledge of developing projects on different scales is used within the studio to undertake new Spatial Interventions.

In combination with his work in the studio Robby is also BIM teacher at Howest.